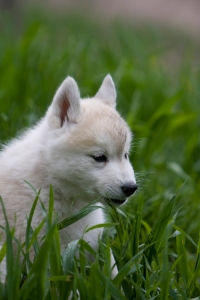 I was making my afternoon tea as usual on a regular afternoon as there was a barking from a female dog travelling in through the wide open sliding doors of our balcony.
It was not a happy bark.
I had heard it the evening before as well, and the day before that in the afternoon too.
It was clearly a female dog on heat, being followed by the barking of the male dog the neighbours had, and whom somebody had decided should mate with this female.
The thing was though, she so clearly said “no” – for hours it felt like.
In between the “I want, I want” of the male dog and the “no f….ing way” of the female dog barks going on there was the laughter and cosiness of “hanging out” from the humans in the same garden.
I got really worked up of the ignorance of us, the human race, while making my tea.
It was so obvious to me that this female dog did not want to have any offspring from or with this male dog, and it was also not going to happen as she was making it very, very clear.

One part of me just wanted to walk over there and ask them what they were up to, how could they not react to these two beings in stress .The other part was struggling with what I struggle with for quite a while now since I got into this work as an Animal Communicator- which is that reality is that most people just don´t know that or see their animals as the equal beings they are in our households and lives.

In the meantime both dogs were kept in a state of stress we would not want to experience ourselves.

A few days later I learned that this was the third male this female had said “no” to.
So – no offspring.

Before you decide to breed with your animal, even with the best intentions, do take the time to check in with your animal on what he/she wants. An Animal Communicator can be of very valuable assistance next to the necessary guidance and checks from your veterinarian in this process, to find out what partner your animal would want to breed with and most importantly of all if he/she is ready for it or not.